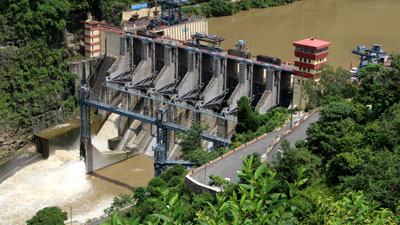 Uttarakhand is renowned for its scenic beauty and rivers. India's two major rivers viz. Ganga and Yamuna start their journey from here. Besides these two rivers, Uttarakhand has a large network of rivers and canal which provides an immense scope for hydropower energy. One of the first hydro-power station in India was commissioned at Galogi in 1907. More power stations were subsequently developed over a period of time.Uttarakhand has a very high hydroelectric power potential which is yet to be developed.

12th February, 2001 - A new dawn in the Power Sector of Uttarakhand when Uttaranchal Jal Vidyut Nigam Limited came into existence, with some promises to keep with the home state, to emerge as a Power Major and to make the state, so called "Urja Pradesh".

Consequent upon the change of name of the State from Uttaranchal to Uttarakhand, the company was renamed to Uttarakhand Jal Vidyut Nigam Limited on 02.07.2007.

On 04.04.2011 the company was again renamed to UJVN Ltd.as it diversified its operations "to establish takeover, operate and maintain power generating stations harnessing the conventional, non-conventional, nuclear and other sources of energy by what so ever name called that include sub-stations, transmission lines, other ancillaries and activities that are essential for generation, transmission, distribution and trading of power".

UJVN Ltd. is a wholly owned Corporation of the Government of Uttarakhand. Today, UJVN Ltd. operates hydropower plants ranging in capacity from 1.5 MW to 304 MW, totaling to 1420.60 MW. UJVN Ltd. is committed to develop new power stations in an early and efficient manner for economic well-being and growth of the State and its people.

For the fulfillment of the Renewable Purchase Obligation (RPO) requirement of solar for the Uttarakhand state as stated in Hon'ble Uttarakhand Electricity Regulatory Commission (Renewable Purchase Obligation, its compliance & implementation of REC framework), Regulations 2010, UJVN limited has taken several initiatives. UJVNLimited has commissioned solar PV based power plants across its different offices/ Project areas totaling an installed capacity of 26.540 MW. UJVN Ltd. is currently exploring the feasibility of setting up additional solar PV based power plants in its offices/ Project areas across Uttarakhand.

Genesis
Brief History of the UJVNL 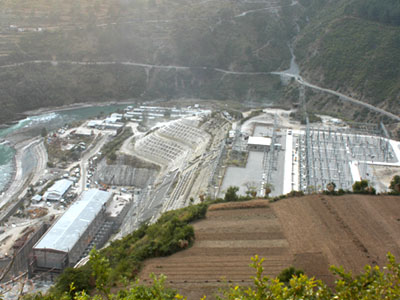